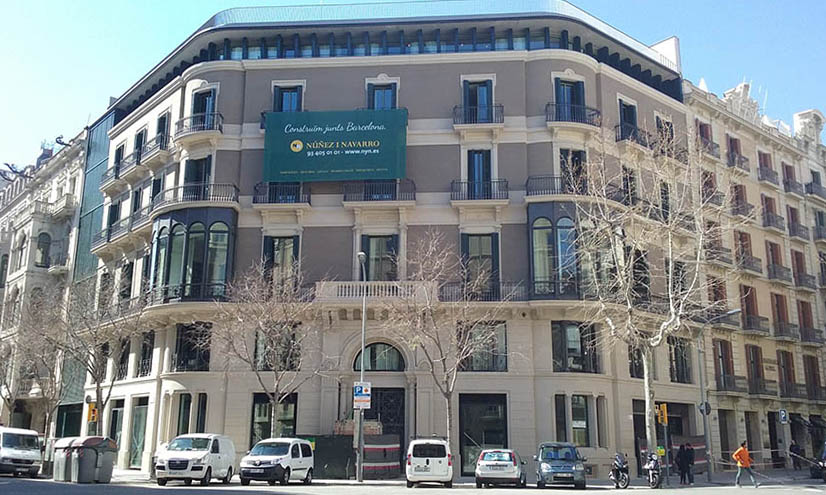 Posted at 17:30h in Uncategorized by admin

Villa-Reyes has recently completed the works of the Midtown Aparthotel on Caspe Street Bruc corner of Barcelona.The building, located in one of the best areas of Barcelona, ​​is owned by Núñez y Navarro, one of the most important Promoter Groups in Barcelona characterized by the high quality of its finishes.

It is a restored building without losing its essence to turn it into a real second home of high standing with 30 apartments of 1, 2 and 3 rooms, between 49 and 106m2. The houses are spread over five floors, while on the terrace there is a private swimming pool with solarium. For its construction the facade was maintained, restoring it, due to its high architectural value and the whole interior was built again. The works contracted to Villa Reyes surpass in this occasion the two million euros.

At present Villa-Reyes does four other works for Núñez and Navarro , a group with which we have been collaborating for more than twenty-five years and for which we have built works of great relevance.

INTERIOR IMAGES OF THE APARTMENTS